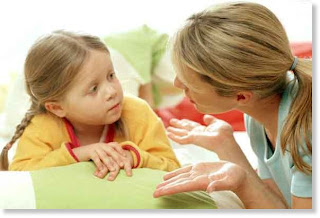 Certainly one of the issues, if not struggles, in moving through the grief journey is understanding the difference in how children and adults grieve.

Parents, who are often suffering with their own grief, have a greater understanding and clear distinction between life and death. This may become challenging as they work to explain to their children what the “new normal” for the family unit is. So, how can surviving parents help their children who may also aid the parent along his or her grief journey?
According to an article in the BBC, Dr. Ann Dent explains how toddlers, children and adolescents view death, and outlines some of the symptoms to look out for. In her piece, Dr. Dent states that how children cope with loss will depend to some extent on their personalities, but mostly in the way their parents or care givers have guided them.
Dr. Dent explains that a child younger than five may view death as a sleep or a journey and that death and life are interchangeable. For children in elementary, or primary school, they may experience similar feelings to adults, such as shock, confusion, anger and guilt. Children of this age may not show their feelings openly, leading parents and others to believe that they aren’t affected by the death.
Dr. Dent goes on to explain that grief reactions made by teens are similar to those of adults but negative feelings may lead to violence and aggression. She says that mood swings and periods of depression are common but it may be difficult to separate them from normal or traditional adolescent behavior. Tension and fighting within the family may become more common.
Changes in behavior range as wide as the various ages of a surviving child and include, but are not limited to, becoming withdrawn, bed-wetting, lack of concentration, clinging, bullying, telling lies, headaches, sleep difficulties and changing eating habits.
If you are grieving, or know someone who is, what signs do you see? How do you handle them? How have you moved through your grief journey?
Would you like to share your story? Please contact us at [email protected]
Posted in Official Blog Post, Uncategorized