Skip to content
My own independence is something that I value highly.  Even as a child I was independent and (according to some people) a bit stubborn.  But, to some extent that independence was an illusion.

I was blessed to have the support of not just two parents but essentially four:  my Mom, Dad, Stepdad and Aunt.   Because of their support, trust in me, and willingness to let me forge my own path, I was able to develop some sense of independence.  However, as much as I would have liked to believe that as child or teenager I was fully independent, that simply wasn’t the case.  I was very much dependent on the adults in my life, and I still am.  My Aunt Linda was the person I relied on most for advice and guidance.  I don’t think that I ever made a significant decision in my life without seeking her counsel.  Until I had to.
Aunt Linda died a year and a half ago.  After she died I felt very much alone and suddenly decision making seemed 100% more difficult.  Suddenly I felt very lost, and then came the reckoning that it was time for me to grow up, at the age of 34.  However, it wasn’t that I needed to grow up as much as to realize that the person who had been my rock for the last thirty-four years was no longer there to answer my questions or give advice.  I would have to adjust.

I’ve made a lot of decisions over the last year and half, and every single one has been a painful reminder that my Aunt Linda isn’t here.  There are no more daily phone calls or trips to Florida.  No more emails.   I do have the many lessons that she taught me about self reliance and how to objectively consider a decision.  I also have the benefit of knowing that no matter what I did or what mistakes I may have made, Aunt Linda loved me unconditionally.  There was no mistake that couldn’t be overcome.  Something all of my parents taught me, that life could be what I made of it.  There are still quiet times when I talk to her.  I don’t get answers back, but I do get a renewed sense of peace.

To me gaining independence is entirely about responding to change.  December 10, 2010 will always mark a day of independence for me.  December 10th will always be the day that my aunt died.  And, as much as I miss her and love her I am thankful to feel like she is at peace and not suffering.  December 10th will also always be the day that I finally understood that being independent included losing my loved one.  That part of my independence wasn’t easily welcomed.  I was perfectly happy to have the illusion of independence where I made my decisions and choices at my discretion with the support of my four parents.  I still value my independence but, after Aunt Linda’s death, I have a greater appreciation for the relationships I share with family and friends and truly value dependence on another person.

in·de·pend·ence   [in-di-pen-duhns]
noun
1.
Also, independency. the state or quality of being independent.
2.
freedom from the control, influence, support, aid, or the like, of others.
3.
Archaic . a competency.
(Source – Dictionary.com) 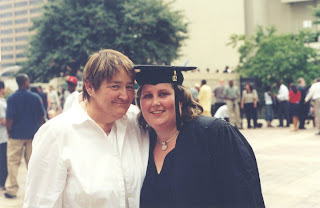